Kenya Safaris are the original adventure to Africa; it is no surprise that the BBC have made many a documentary on the plains on the Masai Mara. The Masai Mara is one of the most popular parks and a safari here can be relatively busy with tourists – a little like The Kruger in South Africa. To avoid this, head north for quite a different safari experience.

In geographical terms, Kenya sits on the coast of East Africa adjoining the glorious Indian Ocean. To the north is Ethiopia, the west Uganda, and the south Tanzania. Kenya is an incredibly diverse country and encompasses a variety of landscapes including savannah, lake lands (The flamingos of Lake Nakuru), valleys, desert, forest and mountain highlands.

The capital, Nairobi is in south of the country and often the starting point to a Kenya Safari.  The world famous Masai Mara is South west of the capital bordering The Serengeti. Travelling over the Great Rift Valley into central Kenya you will encounter stunning lakes, lush savannah, forests and mountain ranges, including the country’s highest peak, Mt Kenya. Further north the land becomes increasingly more arid and here you will find unique species of wildlife and the most extraordinary pockets of people surviving in a relatively hostile environment.

Kenya has had a relatively turbulent recent history, marred by terrorist groups which are threatening most of the world. It suffers from corruption at higher levels, but on the ground for tourists, especially when on safari, it is generally a safe and predictable country. If you are concerned at all though, please ring us for a chat or alternatively visit the foreign office website.

Kenya is on the east Africa coast. For more details please see our map of Kenya including its surrounding countries below.

When to go on a Kenya Safari Holiday?

Kenya Safaris: How to get there?

Best places to stay in Kenya?

The best advice for getting the most out of your Kenya holiday itinerary is to stay off the beaten track and to keep time in the busiest parks to an absolute minimum.  Mombasa is the hive of package holidays, and we avoid this area completely, including Tsavo which is its nearest safari park. North of Mombasa there are some really excellent little beach lodges which have opened up to tourism since the troubles a few years ago, such as the Swahili fishing town Lamu and the beautiful Diani beach. Amboseli National Park is the second busiest park; the only reason to come here would be for the iconic picture of elephants in front of Mount Kilimanjaro, and if you absolutely must get that shot then Tortilis is the only place to stay here!

Kenya Safaris in the Maasai Mara:

For a luxury safari in Kenya the Maasai Mara is one of Africa’s most famous parks, and is justifiably renowned for its outstanding game and beautiful birdlife. The Mara borders The Serengeti National Park and together both parks play host to the phenomenal annual Great Migration. Some areas in the Masai Mara have sadly become something of a mass tourism destination, but at the top end of the scale it also has some very luxurious safari lodges with outstanding accommodation, guiding and service; this is where you need to plan your Kenya itinerary with the utmost care to get the best of the game without the worst of the crowds..

The fertile plains of the Masai Mara National Reserve, against the backdrop of the Oloololo Escarpment, offer the best wildlife viewing, with excellent concentrations of game and big cat sightings almost guaranteed on a daily basis. From July to September there is also a high chance of seeing herds of wildebeest cross the Mara River during the Great Migration. As a result, the game eserve is justifiably popular, which means this area does get busy. There are a few large permanent lodges here but also a handful of very high quality tented camps tucked away, including Rekero and Naibor.

Just outside the National Reserve, the Greater Mara offer more space, fewer vehicles and some very high quality safari camps, whilst still being part of the eco-system. This is also home to the more traditional Masai people, who nomadically live in their bomas and rear their cattle, so interesting from a cultural perspective too. The game in these areas is still very good, the only issue is that being somewhat further away from the Mara River, viewing a river crossing involves a full day out. On the plus side, these camps are not subject to the same restrictions which apply inside the Reserve, so it is possible to go on night drives and walks as well as daytime game drives. The top properties here are Serian Camp, Mara Plains and Naibosho. It can work well to combine a few nights inside the National Reserve with a few nights in the Greater Mara for a bit of variety.

One of the most beautiful areas of East Africa is the Kenyan central plateau of Laikipia, a fertile area including Mount Kenya and the Aberdare Mountain ranges, surrounded by rich grassland savannah which has an abundance of wildlife. This area is a network of old cattle ranches – today forming Laikipia which has been home to some great conservation success stories.

As this area is a little bit harder to get to there are no mass market package tours here, resulting in a very different, more exclusive and peaceful atmosphere. The concentration of game does not match that of the Masai Mara, but there are many activities available – most of the conservancies offer walking safaris, horse riding, camel trekking, fishing trips, fly camping, cultural interactions in Samburu, sleep outs under the stars and more…

The most popular conservancy is Lewa which boasts the largest population of white and black rhino in East Africa, and a handful of high end properties including Lewa House, Sirikoi, Lewa Wilderness and Lewa Safari Camp. Just next door in its own private conservancy is Borana, a classic old ranch sitting on a hill with fantastic views. This is a great place for a longer more relaxed safari stay enjoying the homely atmosphere. Sabuk and Ol Lentille also offer a similar experience but the lodge designs cater for different tastes.

Just to the North of Laikipia sit the Matthews Range, a stunningly dramatic area of pure Kenyan wilderness. This area is better suited to those wanting to walk and get away from it all, rather than tick off the big five. In the Mathews Range, the Samburu tribe are virtually untouched and the cultural interactions and experiences here can be fascinating.

A combination of the Masai Mara and one of the Laikipia lodges works very well in order to experience game viewing, a range of activities, and some of the most beautiful African scenery out there.

Following an adventurous safari with a barefoot luxury beach holiday is an enduringly popular formula. Kenya’s coastline has its own beach resorts, beautiful whitesand beaches with plenty of activities and watersports available, however we usually recommend heading down the coast a little further, for a less crowded and better-value beach experience.

Tanzania in particular (accessible by daily flights from Nairobi to Dar es Salaam or Zanzibar) has some excellent options, from chic little boutique hideaways to full-service resorts with all the bells and whistles, on the mainland coast and also on the islands of Zanzibar, Pemba, Mafia and Fanjove. Alternatively the Quirimbas Archipelago of Northern Mozambique offers some of the finest private islands with some more rustic beach resorts. Reach Us today to book a Kenyan Safari of your choice!

About Debrazza Tours and Safaris 35 Articles
Debrazza Tours and Safaris is a leading travel and tour operator in Kenya specializing in Ala carte or tailor made safaris & excursions in East Africa. We love and appreciate a quality safari experience for both our clients and their loved ones. Having been in business for more than 10 years, we understand local travel routes and have onboard a team of experienced local tour guides at your service! 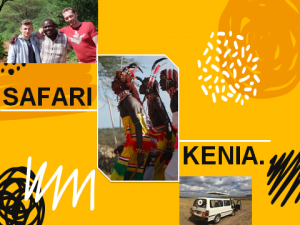